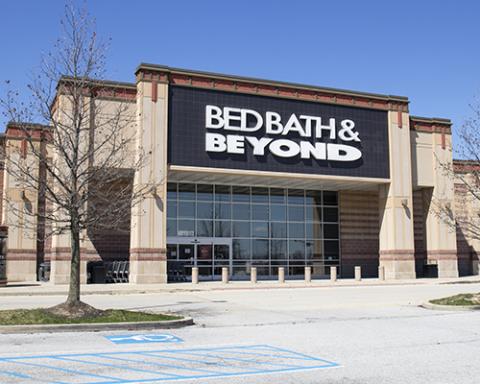 In riding today’s digital sales wave, Bed Bath & Beyond is driving momentum through increased buy-online-pickup-in-store (BOPIS) and IT investments.

The “true hero” driving this behavior is BOPIS, said Masood. About 1.2 million customers placed a BOPIS order, representing 16% of the company’s total digital revenue. He touted the company’s fulfillment prowess, noting that 60% of orders are ready within 30 minutes; its success has resulted in a Net Promoter Score of 80% for these services, up from 49% in May when it was first introduced.

The company’s stores fulfilled more than a third (36%) of its digital orders, and it’s seen a 25% lift in its online conversion rate for the quarter vs. the prior year.

“We know that a BOPIS or a fulfilled-by-store is almost equivalent to a store-based challenge to profitability,” said Bed & Beyond CEO Mark Tritton, in what marked his one-year anniversary of earnings calls as CEO. “So the differential helps us, and has helped us through Q3, and will help us in Q4 in terms of our shipping and profitability costs. So, we think it's here to stay. It is one of the sticky outcomes of not just the progression in BOPIS, but how COVID has fortified this, [as] a new muscle for most retailers.”

These digital gains were also powered by the relaunch of its mobile sites and apps, as well as an optimized framework driving a 33% increase in conversion, and mobile sales growth of 107% versus the prior year period.

Masood noted that Bed Bath & Beyond mobile homepage loaded 74% faster during the five-day holiday shopping period from Thanksgiving to Cyber Monday vs. the previous year. The company made more than 100 improvements to its site and has more in the works, including faster and more convenient checkout.

In fact, two-thirds of its Buybuy Baby customers only shopped online during the quarter, and the company is investing in its digital wedding and baby registry capabilities moving forward.

Specific figures surrounding its recently launched same-day delivery service weren’t shared, though Masood said thousands of customers have utilized it, adding that they were also pleased with the initial launch of Harmon Face Values to the Instacart marketplace.

Bed Bath & Beyond will invest about $250 million over the next three years to modernize its technology landscape to the cloud, and this year it plans to pursue a new ERP system, a product lifecycle management solution to support its own brand initiative, and an inventory management capability to improve inventory productivity.

The retailer is also accelerating its fleet-optimization plan that will close about 200 stores by the end of the fiscal year. It will close about 120 stores this year (up from the originally planned 70) thanks to more efficient liquidation.

Its three-year, $250 million remodel program, meanwhile, has seen 10 Houston-market proof-of-concept stores activate. The stores highlight the bed, bath, kitchen and storage categories, and the company will bring the enhanced signage to its entire fleet by the end of February.

Learnings from the Houston stores are expected to be applied to 150 store remodels in 2021, with about 450 stores affected in three years.

More on Bed Bath & Beyond