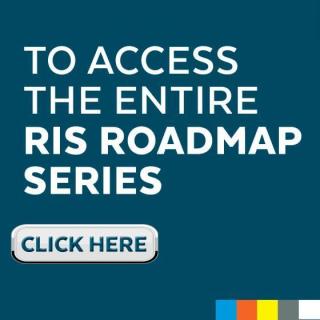 Although EMV compliance deadlines officially went into effect in October 2015, convenience stores and gas stations have been given an extension to comply due to technological, regulatory and infrastructure challenges. Now, come October 2020, those retailers need to catch up before the shift of liability falls on their shoulders. This becomes especially challenging at the gas pump, where card skimming is a burden on security.

Taking a step back to August this year, the U.S. Payments Forum released its market snapshot showing the state of EMV chip adoption in the United States. The report showed that the technology is now well-established in the U.S. with 63% of in-store payment terminals being chip-enabled, and 68% of total transactions being chip-on-chip.

But, implementation and user adoption did not come without its hiccups. “With the initial rollout of chip technology, we saw a rush of merchants trying to get their in-store hardware and software solutions through testing and certification, which created a backlog,” said Randy Vanderhoof, director of the U.S. Payments Forum. “Today, EMV chip technology is ‘business as usual’ for much of the industry. As a result, merchants have a better idea of what to expect and what these timelines look like for getting in-store solutions to market.”

With the extended EMV compliance deadline around the corner for c-stores and gas pumps, here are three key steps that are needed to help them make the conversion, without disrupting the business.

Even with unique requirements for EMV implementation at the pump, a recent Conexxus survey of petroleum retailers reported that 42% already are, or will be 100% deployed by the deadline. However, they also noted that software, cost, testing and certifications are major implementation challenges.

While the EMV compliance deadlines back in 2015 created an initial frenzy, the implementation and adoption processes have stabilized for retailers as well as consumers, telling us that the security measures are worth the investment for c-stores and gas pumps to upgrade. And, if done with the right technology the first time, these forward-thinking retailers can future proof their vital systems.

It’s impossible to make an upgrade to software or solutions without first taking inventory of the current state of business. Convenience stores need to look at the right data to determine where their biggest risks are. It is estimated that more than 350,000 dispensers/pumps in the United States that still need to be upgraded to EMV. This is especially crucial for those fuel distributors that are waiting the longest to upgrade. Why? As of November 2018, the U.S. Secret Service was seizing as many as 30 skimmers a week, each holding stolen data from an average of 80 cards.

As more and more c-stores and gas pumps become EMV compliant, skimmers/data thieves will put an even bigger target on the brands that aren’t making the investment. In short – the longer organizations wait to upgrade, the more they become the low-hanging fruit for thieves.

Another data point to consider when planning for EMV compliance is tackling those fueling stations that are located in high risk states first. Many of these states reported include Florida, Illinois, Louisiana, Indiana, Colorado, Wisconsin, Utah and New Mexico. In fact, state inspectors are on pace this year to find skimmers in about 1,000 gas pumps across Florida alone. That’s up from more than 650 pumps last year and nearly 220 in 2016.

Monitoring and analyzing current chargebacks can also help when determining risk. At a high level, chargeback codes can be classified into various areas such as Fraud/No Authorization, to provide a closer look at high risk outdoor terminals.

By starting with the right data to define the highest liabilities, companies next should look at including the right foundational systems – POS hardware, software, and services from industry experts – to get the most out of their investments.

#2 Future Proof With the Upgrade

Each year, retailers look to new areas of technology investment to keep up with competitors or they face being left behind. While it’s important to look to the future of retail technology which can include buzzworthy names like AI, IoT, biometrics ― and so many others that fall under the digital transformation bucket ― retailers should also take a step back and realize that it’s crucial to have a technology stack with a solid foundation. In other words, IT should be able to adopt and upgrade seamlessly as new technology surfaces.

With regards to EMV compliance, investing in a cloud-based infrastructure allows for c-stores and gas pumps to update and/or upgrade more easily across systems and platforms regardless of whether indoors, outside, or different equipment types.

Further, as reported in the 29th annual Retail Technology Study, “implementing mobile devices in stores is a hot area of investment activity today, especially when it comes to mobile POS, which made the top-10 list of Technologies for 2019.”

As seen in the study’s data, while POS terminals (traditional/ fixed) show high current investment interest at 37%, a big drop is anticipated for activity in 2021 (18%). This expectation is validated by the huge number of retailers who say their POS terminals are up-to-date (55%), which means that a great deal of POS implementation work (both hardware and software) has taken place in the last few years and the peak of the cycle is about to occur.

When upgrading their POS systems for EMV compliance, retailers should invest now to future proof this process. This is especially important as contactless payment options are on the rise, and as various mobile payment systems and digital wallets become higher priority.

Rather than just complying with EMV mandates, c-stores and gas pumps should look to other industries or segments for best practices (with some even just starting inside their own stores that are already EMV compliant), to make an upgrade that makes them future ready.

According to Visa, there has been “great progress with EMV migration in the U.S. to date. More than 1.7 million merchants representing more than a third of storefronts are now accepting chip cards; 388 million Visa chip cards have been issued in the U.S., and we are already seeing a 43% reduction of counterfeit fraud at chip-enabled merchants.”

Visa also reports that for merchants who have completed the chip upgrade, counterfeit fraud dollars dropped 76% in December 2018 compared to September 2015.

Examples like these show that the ROI of the upgrade is not just in compliance ― but by taking the opportunity to make various upgrades throughout the business, retailers can also prepare for the future convenience store shoppers: shoppers that have multiple (and growing) ways to pay for their items, in any location (in the store or at the pump), and in the most secure way possible (keeping them returning to a trustworthy consumer experience).

What’s more, as consumers continue to make transactions at the pump, c-stores and petroleum retailers can take advantage of a smoother experience to further interact with those consumers in a more personalized way. Being able to customize messaging to each shopper’s unique needs and habits gives these retailers full control over the content that is driving engagement at the pump, which ultimately drives revenue. By customizing content they can create more meaningful interactions, which in turn increases conversions and brand loyalty.

There’s no better way to future proof the upgrade than implementing the right software and solutions now to create meaningful consumer engagement, resulting in a stronger business for years to come.

EMVCo, which is collectively owned by American Express, Discover, JCB, Mastercard, UnionPay and Visa, reports that as of Q2 2019, 76.7% of global transactions were EMV Chip. While the United States is showing slower adoption than the rest of the world, the quickly growing numbers are encouraging.

As previously mentioned, c-stores and gas pumps have a more complicated upgrade hence the deadline extension, but these retailers know that it’s not just about the software and solutions. It is also about user adoption. Transparency is key when it comes to getting consumers to use the technology properly so that the investment is not in haste. Simply put, if consumers have a poor shopping experience, they won’t come back.

Additionally, consumers are smart and have a plethora of new information available to them, right at their fingertips. They expect tighter security measures for their purchases (and more importantly, their data). When upgrading technologies on the backend, it’s also important to clearly communicate it out to the consumer, showing the security measures that are being taken to better protect them.

Let your consumers know the steps you are taking to shield them from skimming and other fraud. Train your team at the site to prepare for the upgrade. Have a dedicated employee stand outside near pumps when first rolled out to make sure to educate consumers that may be confused at the pump. Use informational stickers and/or videos to explain the upgrade and why is was done.

According to NACS, the average gas station sees 1,100 customers per day, but 70% never enter the store. Food service makes up 22% of c-store purchases, drinks make up 16%. By being proactive and offering the clear aspect of assurance for consumers to have more secure transactions at the pump, it shows another level of commitment to help boost loyalty (and ultimately sales).

Keep the Convenience in C-Stores

The latest ‘Consumer Behavior at the Pump,’ report shows that 78% of all gas customers pay by credit or debit card. That’s because just like its name, paying at the pump is convenient and has to remain that way. However, by starting with the right data c-stores and gas pumps can determine their high risk locations in order to develop the most seamless conversion with the least amount of disruption.

By implementing in the right solutions and software, coupled with a knowledgeable services partner, convenience retailers can take this opportunity to make the right investments in order to future proof their businesses. Stronger consumer engagement and interactions leads to more meaningful transactions, creating more conversations and brand loyalty for years to come.Finally, by having an open communication plan with consumers, retailers can be proactive in their user adoption efforts ― making the most out of their EMV compliance upgrade.