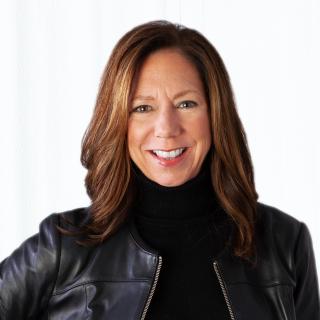 Starbucks is gearing up to reveal and rollout new retail technology and the company has appointed a new chief technology officer to move some of the efforts along.

Deb Hall Lefevre joined Starbucks as executive vice president, chief technology officer on May 2, replacing Hans Melotte, who served as interim CTO for five months after Gerri Martin-Flickinger left after a six-year run with the retailer.

Lefevre now leads the tech function of Starbucks with the mission of ensuring stores run smoothly, while delivering digital partner and customer experiences. The former Couche-Tard/Circle K executive will have a lot on her plate, likely including “increasing personalization in the company's mobile app for customers, as well as improvements to systems for employee training, scheduling and equipment maintenance, to free up baristas to spend more time with customers,” a Starbucks spokesperson told Reuters.

“We're so eager to show off our pipeline of disruptive innovation that we're moving our Investor Day up to September in Seattle from December in New York,” interim CEO Howard Schultz told analysts during the company’s Q2 2022 earnings call. “With significant innovation around technology and personalization we will reveal our industry game-changers that will further increase store productivity and efficiency. What you will see is the coming transformation and reimagination of the Starbucks customer and partner experiences.”

The coffee giant said it has identified over $200 million of investment that is incremental to investments Starbucks has already committed to in U.S. company-operated stores this year.

“These include further investments in training, wage and equipment and new investments in internal communication with our people, where we will launch a new partner app to communicate directly with all store partners,” Schultz said.

The new associate mobile app is expected to launch in August and intends to create one digital community for all 240,000 U.S. partners, extending collaboration sessions to support partners, plants, retail leaders and to every store with dedicated connection time over the next month.

Schultz also noted there will be a fair amount of investment in technology to do “everything” the company can to “upgrade the algorithms of labor scheduling.” There will also be upgrades in “the digital app itself to be able to provide customers with a more accurate method of when their beverage is going to be ready,” he noted.

“If you look at where we can really be much more efficient — we can provide our people with better training, better wages, better equipment behind the counters to give them the tools and resources, the self-confidence and self-esteem to do their job — we will lower attrition and our retention rate will be much greater,” Schultz claimed. “That alone is a significant level of ways in which we can take money out of the P&L and money out of the store economics.”

On August 1, average hourly pay at Starbucks will be nearly $17/hour nationally. All partners hired on or before May 2 will get either a 3% raise or $15/hour, whichever is higher.

Starbucks will also make investments in equipment and technology enhancements, including resolving all “non-critical” repair and maintenance immediately, moving to upgrade all in-store iPads with new models.

Schultz said partners at Starbucks U.S. company-operated stores will receive these wages and benefit enhancements, but not those at unionized stores. This covers more than 240,000 Starbucks partners and roughly 8,800 Starbucks stores across the country.

“The Starbucks unionizing effort is remarkable, not only because of the stunning speed at which it has spread — more than 40 Starbucks stores have voted to unionize — but also because food and drink establishments have traditionally been among the least unionized workplaces in the U.S.,” NPR noted on May 1.

“We do not have the same freedom to make these improvements at locations that have a union or where union organizing is underway,” Schultz said. “Partners in those stores will receive the wages increases that were announced in October 21, but Federal law prohibits us from promising new wages and benefits at stores involved in union organizing. And by law, we cannot implement unilateral changes at stores that have a union. Where Starbucks is required to engage in collective bargaining, we will negotiate in good faith. Starbucks will not favor or discriminate against any partner based on union issues.” 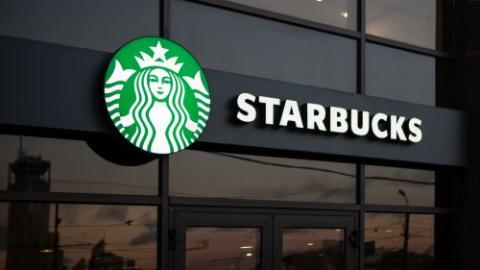 NFT collections will be backed by blockchains and infrastructure “that is consistent with our multi-decade commitment to sustainability,” a Starbucks blog post said.

"We have a big breakthrough idea around the launch of Starbucks Web 3.0 and a unique platform for NFTs,” Schultz said on the call, where the company believes it will “create an authentic digital third place experience and drive substantial new revenue streams for Starbucks and be accretive to the brand.”

Starbucks has previously referred to the “third place” in physical terms — a place between home and work — but is now seeking to extend the “third place connection wherever customers experience Starbucks,” EVP and CMO Brady Brewer and advisor Adam Brotman noted in a blog post.

“Now we are extending the third place concept of Starbucks into a new kind of community,” Brewer explained on the call.

“Emerging technologies associated with Web 3, and specifically NFTs, now enable this aspiration and allow us to extend who Starbucks has always been at our core. We are creating the digital third place. To achieve this, we will broaden our framework of what it means for people to be a member of the Starbucks community, adding new concepts, such as ownership and community-based membership models, that we see developing in the Web 3 space. We will lead by aligning our initiatives with our sustainability commitments, making deliberate choices to build the community on environmentally sustainable Web 3 platforms.”

Starbucks plans to create a series of branded NFT collections, the ownership of which initiates community membership, and allows for access to exclusive experiences and perks, the blog noted. The themes of these collections will be born of Starbucks artistic expressions, as well as through collaborations with other innovators and like-minded brands. Collections will be backed by blockchains and infrastructure “that is consistent with our multi-decade commitment to sustainability,” the blog said.

Brewer gave the scenario of acquiring a new digital collectible from Starbucks on the call, where that product also serves as an access pass to a global Starbucks community with engaging content experiences and collaboration centered around coffee.

“This community will further strengthen the Starbucks brand, engage our partners and we expect it to be accretive to our business,” he continued. “Starbucks has the history of taking leading-edge technology and innovation and making it accessible and approachable to the mainstream.”