Amid unprecedented supply chain disruptions leading up to the holiday selling season, top retailers are finding new solutions to ensure inventory availability, while consumer FOMO may be rising.

Levi’s said it was able to limit the revenue impact of supply chain disruption to less than $10 million in its third quarter 2021, thanks to the strength of its supply chain.

The apparel retailer’s globally diversified sourcing strategy and scale gives it a competitive advantage, Levi Strauss CEO Chip Bergh said during its recent earnings call. Levi’s sourcing spans 24 countries and it does not source more than 20% of product from any one country. 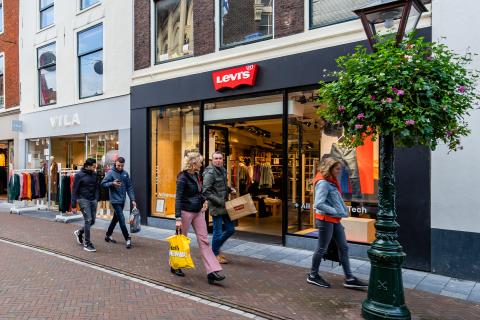 Levi’s sourcing spans 24 countries and does not source more than 20% of product from any one country.

“We did this to avoid concentrations to be less exposed to bottlenecks in production capacity, like what's going on currently with Vietnam, where our exposure is less than 4% of our global volume,” said Bergh.

Levi’s has also implemented a strategy to cross source key products. “Our supply chain network, including the cross sourcing, allows us to quickly shift production,” he noted. “As an example, after the China tariffs were implemented, we rapidly reduced our China exposure in the U.S. from 8% to less than 1%. And more recently, as backups of West Coast ports began to intensify, we quickly redirected the vast majority of our goods to come in through East Coast ports.”

Top U.S. retailers such as Target, The Home Depot, and Walmart are confronting such disruption by chartering their own container ships to deliver goods in time for the holidays. 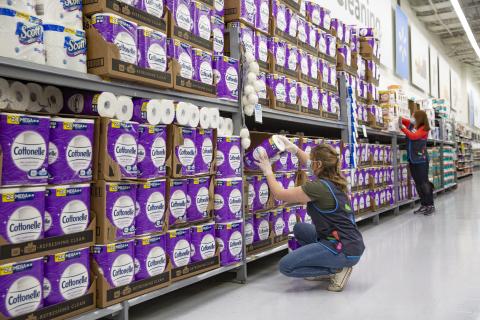 Walmart’s EVP & CFO Brett Biggs noted in August that the retailer was continuing to monitor transit and port delays and was mitigating challenges by “adding extra lead time to orders and chartering vessels specifically for Walmart goods.” Biggs said in the Q2 2022 earnings call that out-of-stocks in certain general merchandise categories are running above normal, given strong sales and supply constraints.

Target also revealed in September it had chartered its own container ship to regularly bring Target merchandise from overseas ports to the U.S.

“As co-managers of the ship, we can avoid delays from additional stops and steer clear of particularly backed-up ports,” Target said in a statement. “Once products arrive stateside, we’re partnering closely with our vendors and transportation partners to move it quickly to our stores, keeping our shelves well-stocked and ready for guests.” 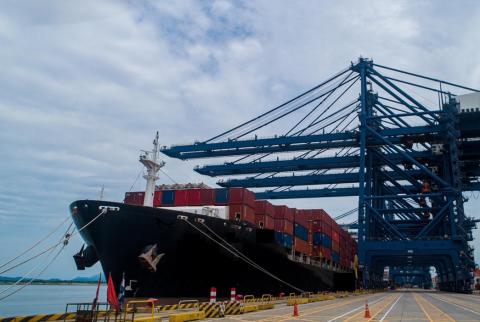 Target’s chartered container ship helps it move product more quickly from its partners to its stores, the retailer said.

The Home Depot has arranged for several container vessels for exclusive use, a move president & COO Ted Decker called “a creative solution to better serve our customers in this dynamic environment,” during its call with analysts. “While our in-stock levels are still not where we want them to be,” he said in August during the Q2 2021 report, “we are maintaining the improvements we made over the last few quarters in building depth in key categories as evidenced by inventory growing faster than sales compared to the same period last year.”

While work is being done to improve supply chains, some retailers see the writing on the wall for operations.

Bed Bath & Beyond CFO Gustavo Arnal said at the end of September that the retailer is “committed to being transparent” and it’s expecting approximately flat comparable sales for its third quarter of 2021. The guidance considers September trends, “including the supply chain challenges we're experiencing as well as the importance of the month of November,” he said. Bed Bath & Beyond is also hyper-focused on offsetting inflation with strategic pricing and promotion optimization actions, Arnal noted during the Q2 2021 earnings call.

As retailers move to alleviate supply chain disruption, it remains to be seen how shoppers will be impacted this holiday season. Toy executive Isaac Larian, CEO of MGA Entertainment —the maker of LOL Surprise and Little Tikes— told CNBC last week the company currently has enough inventory to meet around 65% of its outstanding orders.

"Get out and buy toys now,” Ed Desmond, executive vice president of external affairs at The Toy Association said when he joined Port of Los Angeles executive director gene Seroka’s virtual press conference in September. "Right now, toy manufacturers are doing everything in their power to ensure a good supply in stores for the holidays, but we just don’t know what’s going to happen down the road as we get closer to Christmas.”

Desmond discussed the impact persisting supply chain issues at U.S. ports. are having on the 85% of toys sold in the U.S. that are manufactured in Asia and rely heavily on the nation’s largest ports (particularly, on the West Coast in LA and Long Beach).

And if a toy crisis isn’t enough, toilet paper woes may be creeping back up again.

U.S. consumers are once again stocking up on food and home essentials, according to a recent Oracle Retail survey conducted in September. It found 47% of U.S. shoppers planned to stock up on toilet paper/paper towels.

Inside Retail: State of the Industry Quarterly Report: A Deep Dive Into the Stories That Shaped Q4 2022

Q4 often shakes up the retail industry across sectors as consumers enter the period of holiday spending and gift purchasing. But, beyond the traditional holiday shopping season, what trends and news shaped the industry this past quarter?