As an essential business, Ace Hardware fast-tracked a digital strategy in 2020 when its customers needed it the most. Its retail technology moves paid off, helping to catapult the company into the No. 4 position of an annual ranking of the 400 largest U.S. franchise systems.

“The Franchise Times’ Top 400 List” ranks by global systemwide sales, based on the previous year’s performance.In a five-month research process, building upon a database that began in 1999, The Franchise Times’ research team uses a combination of companies’ voluntary reports and publicly available data, including the franchises’ most recent franchise disclosure documents and Securities and Exchange Commission filings.

On this year's list, Ace Hardware, the largest retailer-owned hardware cooperative in the world, jumped up a spot from No. 5. "We moved at a breakneck pace to enable three main phases of our digital strategy,” said John Surane, EVP, chief merchandising and sales officer, Ace Hardware Corporation.

“Our marketing, digital and IT teams worked tirelessly to bring to market over 660 enhancements to our platform when our stores and customers needed it — and continue to need it most,” said Surane.

Another retailer known for harnessing technology to thrive took the top spot on the list yet again this year.

“McDonald’s retained the No. 1 position by just over $1 billion, even as its systemwide sales declined by 6.8% to $93.3 billion one year after cresting the $100 billion mark,” The Franchise Times said.  As of late, McDonald’s launched its first nationwide loyalty program via the McDonald’s app and has pledged to achieve net zero emissions across its global operations by 2050.

Overall, the Top 400 sales results “mostly followed the logic of what would happen if the whole world was asked to sit at home for two weeks, a few months and then the remainder of the year,” The Franchise Times reported.

Below, RIS examines the top ten retailers on the list and their use of technology. To see the full ranking, click for the “The Franchise Times’ Top 400 List.” 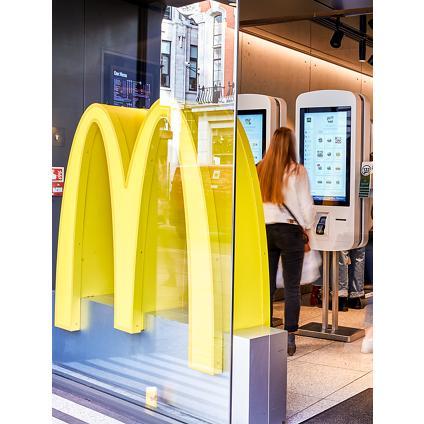 McDonald’s retained the No. 1 position by just over $1 billion. 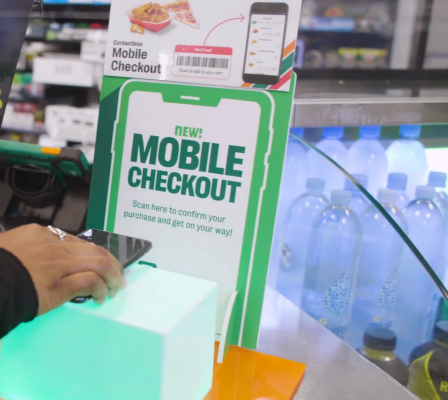 Convenience retailer 7‑Eleven, Inc. operates, franchises and/or licenses more than 77,000 stores in 18 countries and regions, including 16,000 in North America. Recently 7‑Eleven expanded its contactless Mobile Checkout technology to more than 2,500 new stores, bringing the total number of stores offering the mobile experience to over 3,000 in 32 states and Washington DC. Its 7Rewards loyalty program has more than 50 million members and its 7NOW delivery app lets customers in over 2,000 cities get coffee, snacks, and more delivered straight to their door. The app even offers real-time tracking that lets customers know when to expect their orders. 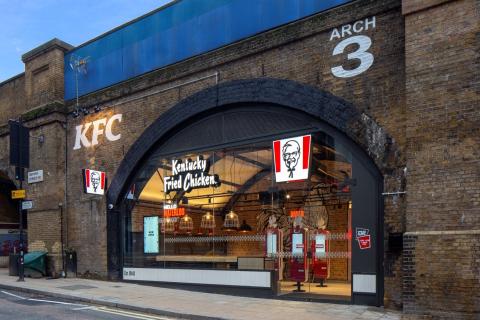 KFC, a subsidiary of Yum! Brands, Inc., is a global chicken restaurant with restaurants in over 145 countries and territories around the world.KFC South Africa recently launched Chat Commerce – an innovative chat-ordering channel, which allows customers to place and pay for an order via WhatsApp. KFC’s platform is 100% automated and leverages natural language processing. The brand also offers “click and collect” services through its apps, delivery, and ordering in the restaurants through digital kiosks. 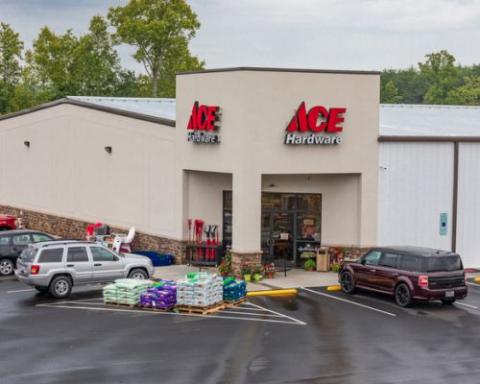 Ace Hardware overtook Burger King to claim the No. 4 position this year, growing sales by more than 21%, equating to a $3.5 billion increase. Ace’s growth marks the best dollar amount sales increase across all franchises last year. This year, Ace is on track to open more than 170 new stores and has opened more than 900 stores in the past five years, helping to top global sales of more than $20 billion. Ace Hardware is a retailer-owned cooperative where independent owners operate the majority of locations. Although Ace is sometimes considered a franchise system, Ace “franchisees,” or retailers, not only own their individual stores, but also serve as shareholders in the organization. Unlike a traditional franchise operation, Ace Hardware store owners pay no ongoing franchise or royalty fees. 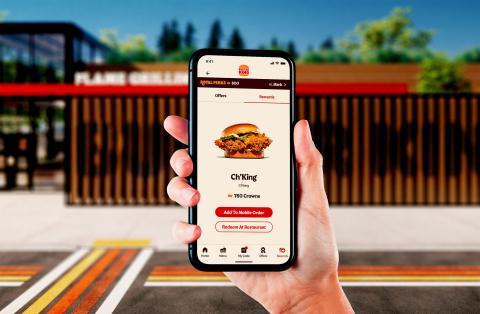 Burger King fell to No. 5, supplanted by Ace’s performance and its own sales decline of $2.8 billion, or 12.6%. It ended 2020 with just over $20 billion in sales.Founded in 1954, The Burger King system operates in more than 100 countries and U.S. territories. Almost 100 percent of Burger King restaurants are owned and operated by independent franchisees, many of them family-owned operations that have been in business for decades. For years, BK has been evolving the digital guest experience, a journey that has evolved from personalized offers and app features around mobile orders to payment and timed order release with its first-party delivery platform. In September, the retailer expanded its new Burger King Royal Perks program, which itstarted testing at the beginning of the year. 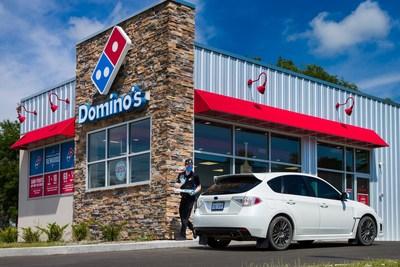 Domino's Pizza can notify the store when they arrive by hitting the "I'm here" button on Domino's Tracker page.

Domino's Pizza is the largest pizza company in the world based on retail sales, with stores in over 90 markets. Its system is comprised of independent franchise owners who accounted for 98% of Domino's stores as of the end of the second quarter of 2021. Emphasis on technology innovation helped Domino's achieve more than half of all global retail sales in 2020 from digital channels. In the U.S., Domino's generated more than 70% of sales in 2020 via digital channels and has developed several innovative ordering platforms, including those for Google Home, Facebook Messenger, Apple Watch, Amazon Echo, Twitter and more. In mid-2020, Domino's launched a new way to order contactless carryout nationwide – via Domino's Carside Delivery, which customers can choose when placing a prepaid online order. Customers can notify the store when they arrive by hitting the "I'm here" button on Domino's Tracker page or by replying "HERE" to Domino's opt-in text, and a team member from the store will bring the order to their vehicle. This summer, Domino's and self-driving delivery company Nuro launched autonomous pizza delivery in Houston, TX. 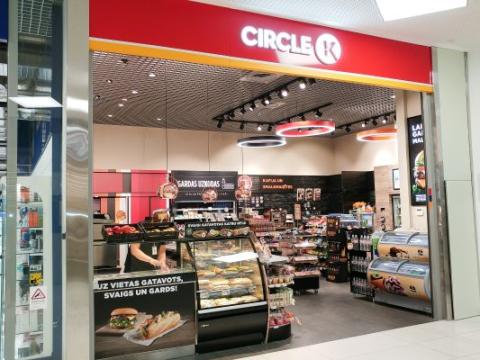 Couche-Tard is the leader in the Canadian convenience store industry. Circle K is its global brand outside of Quebec, Canada. With its Couche-Tard and Circle K banners, it is the largest independent convenience store operator in terms of the number of company-operated stores in the United States. Circle K launched Sip & Save, a new monthly beverage subscription program, earlier this year.

The chain is known for giving its drive-thru workers iPads.

Chick-fil-A, Inc. is a family owned and privately held restaurant company. The chain is known for giving its drive-thru workers iPads to take orders from cars even before they reach the window and ordering and delivery are "zones," rather than set locations. Devoted to serving the local communities in which its franchised restaurants operate, and known for its original chicken sandwich, Chick-fil-A serves in 47 states, Washington, D.C., and Canada. 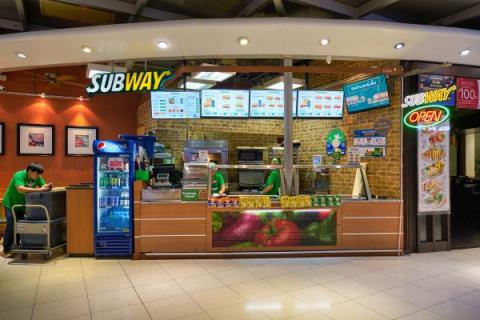 Subway serves sandwiches in more than 100 countries in restaurants owned and operated by franchisees. The franchisee network includes more than 20,000 small business owners. In May, Subway brought on Donagh Herlihy as its new global chief digital and information officer to oversee the company’s global technology teams and initiatives to deliver modern, timely and effective platforms for Subway franchisees and guests. 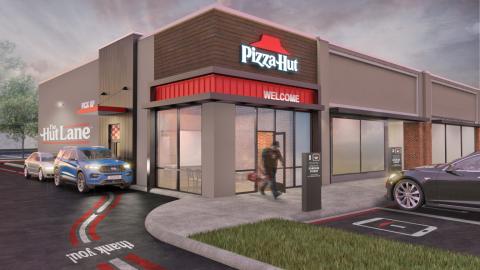 Another subsidiary of Yum! Brands, Inc., Pizza Hut operates in more than 100 countries. High-tech order options include the Pizza Hut app, mobile site, and Amazon and Google devices. In addition to delivery, the pizza brand offers curbside pickup and carryout.Earlier this year, Pizza Hut launched The Hut Lane, a dedicated digital order pick-up window available at over 1,500 locations across the country with more to come. Upon arrival, customers can simply pull up to the dedicated window, grab their order and go.