Retailers are no strangers to challenges, particularly as we are now pushing into year three of conducting business amid a pandemic that proves to be a long and windy (and very bumpy) road. Once again, brands have proven resilient, turning these challenges into new opportunities to innovate and feed the constant, consuming fire that is volatile consumer demands.

For the fifth consecutive year, RIS has partnered with wRatings to rank the retail industry’s most powerful organizations. We’ve highlighted the top 100 companies that are claiming a giant slice of the retail market pie, looking at the percentage of market share and how it translates to overall sales and where these companies are investing these funds to stay ahead of the competition. Impressively, the Top 10 equate to $2.3 trillion in sales.

Here’s a comprehensive look at our top five, and keep reading for a full view of our ranking and our report methodology. 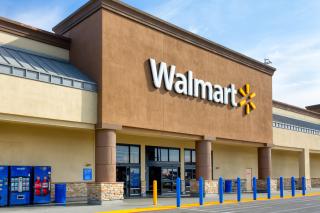 Walmart once again leads the pack, claiming a 12.67% retail share of the market, equating to $572 billion in sales. In last year’s ranking, we reported that Edge by Ascential's research division, Retail Insight, predicted that Amazon would overtake Walmart as the largest retailer in the world. While Amazon still lags behind, Walmart’s market share has decreased over the last year. At the time of our 2021 ranking, Walmart owned 16.9% of the market.

What has Walmart been up to in the last year? The company has made several moves to bolster its tech talent, being more purposeful with its recruiting strategy, such as removing the word buyer from a job and using merchant instead, and being clear about job expectations.

“It’s really important on the details to be crystal clear with the people taking jobs what they are actually doing,” said Anthony Soohoo, EVP of the home division at Walmart U.S., during Shoptalk in March. “Sometimes, some companies have a tendency to maybe use a sexy name on the title, and we found the better thing to do is actually be very clear about what the role is.”

Additionally, the company is looking to improve its workforce conditions, raising starting truck driver salaries up to $110,000 and launching its private fleet development program.

The company is also responding to issues plaguing today’s consumer, using strategies to strengthen its loyalty offering. For example, Walmart recently expanded its membership benefits to include cost savings on fuel, for which prices have been skyrocketing for several months. 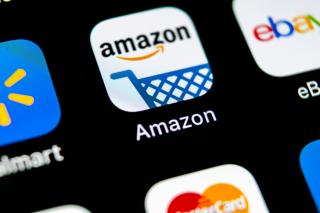 While Amazon didn’t bump to the top spot, the company is not falling behind by any means. In fact, it’s quickly catching up. Right now, Amazon claims 10.40% of the retail market share, equating to $469 billion in sales. In our last report, Amazon owned 9.7% — a difference of over $83 billion. Among the public companies examined for this ranking, Amazon still owns more than a third (36.23%) of the e-commerce market.

Known for its online offerings, Amazon is rapidly expanding, opening brick-and-mortar stores that leverage emerging technologies to improve the consumer experience. Amazon has installed “Just Walk Out” tech in 11 of its Amazon Fresh stores across the country, allowing shoppers to quickly check out from a virtual cart that automatically registers whether they pick up an object or put it back on the shelf.

Like many others, the company is also making a big sustainability push. In March, Amazon revealed environmentally friendly store models and is seeking certifications from the International Living Future Institute (ILFI). Amazon expects the store will save nearly 185 tons of CO2e each year, equivalent to driving around the Earth 18 times in a standard passenger vehicle.

Additionally, in big news this month, Amazon is offering its Prime benefits to outside brands, allowing Prime members to access discounts and free, expedited shipping from merchants that aren’t necessarily on Amazon.com. 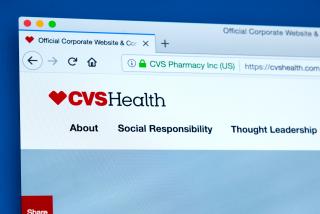 The brand’s biggest news of the last year is its announcement of widespread store closings. In November, CVS stated it would be shuttering the doors of 900 retail locations in 2022. The company stated it would be evaluating its retail footprint, developing new store formats to drive higher engagement with consumers.

The company is focusing on enhanced HealthHUB locations and sites dedicated to offering primary care services.

"Our retail stores are fundamental to our strategy and who we are as a company," said Karen S. Lynch, president and CEO of CVS Health. "We remain focused on the competitive advantage provided by our presence in thousands of communities across the country, which complements our rapidly expanding digital presence. 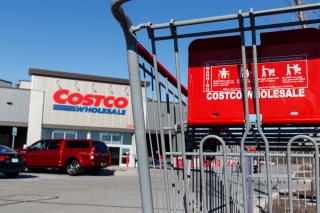 Ranking fourth, Costco owns 4.65% of the retail market, equating to $210 billion in sales. This is up slightly from last year’s 4.5%. As of press time, Costco is capturing 13.62% of the “department store” segment.

In the last year, the company has earned several accolades, being named a top preferred grocery retailer by the fifth annual RPI poll. Costco ranked ninth for highest overall customer preference index scores. Additionally, in January, Costco received a 4.2 company rating from  Glassdoor for its 14th annual Employees’ Choice Awards honoring the Best Places to Work in 2022 across the U.S. and four other countries.

It’s not all good news for the brand, however. The retailer experienced a data hack in November of 2021 via a payment card skimming fraud that compromised an unknown number of consumers, revealing sensitive payment card information. An investigation is underway. 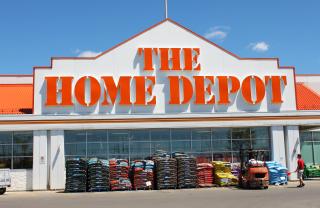 Home Depot ends the top five list, owning 3.34% of the retail share of the market, equating to $151 billion in sales —  flat compared to last year's ranking. The company captures a significant portion of the “Building Supply” segment, claiming 50.84%.

Over the last year, Home Depot has worked to strengthen its supply chain, announcing three new distribution centers in the Baltimore market and naming a new EVP of supply chain and product development, John Deaton, this past November.

Additionally, the company has expanded its capabilities, partnering with Walmart for delivery, and launching "Rent Online, Pick-up In Store" technology that allows consumers to reserve and rent equipment online up to 30 days in advance.

The Kroger Co. recently partnered with Bed Bath & Beyond to launch a multi-category omnichannel experience that will bridge the gap between grocery and household items and home decor and storage.

Target, meanwhile, is heavily focusing on sustainability, launching a program that will increase visibility for brands that are offering products and packaging designed to be refillable, reusable, or compostable, or are made from either recycled content or materials that reduce the use of plastic

Our rankings are based on data gathered from research partner Gary A. Williams, CEO of wRatings. The company examined more than 300 publicly traded global retailers and calculated their share of the retail market. For this ranking, the retail market is the sum of the revenue for all the retailers examined, valued at around $4.5 trillion.

The economic data is from a 12-month period ending on March 15, 2022. The research ranked retailers across the several segments: specialty, apparel, department store, grocery, building supply, cosmetics, and apparel.