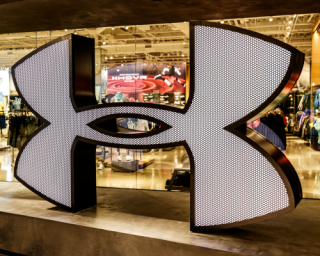 Under Armour recently conducted its Sample Sale, which is now an annual event in the Baltimore community that provides an opportunity for the public to purchase exclusive and discounted Under Armour performance apparel, footwear and accessories. The retailer donates the proceeds from the event to local nonprofits in Baltimore.

Retail technology solutions provider Aptos, Inc. supported the large-scale pop-up style event, with POS technology used to ring up more than 7,000 transactions with 47,000 items sold in less than 36 hours. As a long-time user of Aptos’ point of sale solution, Under Armour augmented its existing POS capabilities during the Sample Sale with the Aptos ONE™ Store Commerce mobile selling application. As Aptos’ first patent-pending solution offered on the Aptos ONE platform, Aptos ONE Store Commerce removes all dependencies on store servers and internet connectivity, allowing retailers to process transactions anytime, anywhere on locally resilient mobile devices, the company reports.

It took less than six weeks from ideation to implementation, of  the Aptos ONE Store Commerce.

The consensus from UA's interns (which it calls rookies) according to vice president, global IT operations and strategy Gerald Charles was that Aptos ONE Store Commerce is intuitive, requires very minimal training, and is designed in a way that removes barriers between associates and customers.

“Despite this being Under Armour’s first experience with Aptos ONE, we ended up ringing approximately 70% of the Sample Sale transactions on the mobile selling application via Wi-Fi, and the remaining 30% on our fixed POS terminals,' he said.