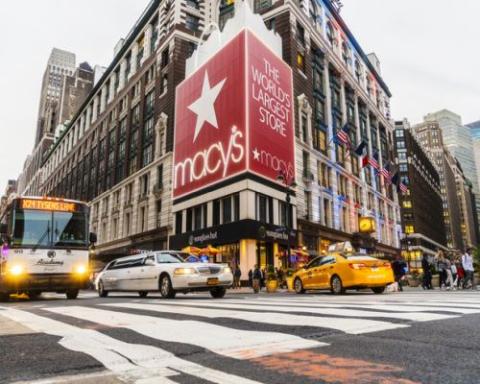 As more and more retailers implement mobile checkout and contactless payment technology, a new ruling may have lasting implications for the retail tech.

Macy’s added mobile self-checkout to most of its retail stores in 2018, through an app feature that enables shoppers to scan barcodes on the merchandise they want to purchase, and then go through a dedicated mobile checkout line (see video below). After three years of customers utilizing the retail tech, Macy’s employees have scored a victory in the case that Macy's failed to award commissions from purchases made through the app.

The United Food and Commercial Workers International Union (UFCW) filed its case against Macy’s over the "Scan and Pay" app in September 2018, soon after the retailer launched it. When implemented, the employer excluded some commission departments – Big Ticket and Fine Jewelry – from eligibility for purchase via Scan and Pay. However, products sold in Cosmetics and Fragrances, Men’s Clothing, Men’s Shoes and Women’s Clothing, were not excluded.

The grievance was filed by about 600 employees at six stores in the Boston area and Rhode Island and the case was heard by an independent arbitrator in December 2020. In itsruling on April 22, 2021, the arbitrator ruled in favor of the union, which represents 11,000 Macy’s employees, to make the company end its practice of using its Scan and Pay mobile app to deny commissions to employees on in-store purchases.

The independent arbitrator found that the Macy’s Scan and Pay app, by no longer requiring customers to complete their purchases at a cash register, bypassed the traditional method of identifying employees who should receive commissions on each sale. As a result, the arbitrator found that the use of the Macy’s app denied workers the commission they would otherwise have received had the sale been completed at a cash register.

Macy’s was found to have violated the rights of the New England workers represented by the union, and the company was ordered to provide back pay to all workers who lost commissions on in-store sales through the Macy’s app.

“Today’s victory for Macy’s workers sends a powerful message to CEOs across the industry that companies cannot use mobile apps to force a backdoor pay cut on workers,” said UFCW International president Marc Perrone. “As the union for Macy’s workers across the country, UFCW is calling on the company to ensure that stores both in Massachusetts and nationwide follow this ruling and end the practice of using its Scan and Pay app to deny workers the commission they are entitled to for the service they provide. Macy’s is one of the largest retailers in the country and has a responsibility to invest in their workers who are essential to providing the high-quality service their customers deserve.”

Key findings from the case include that Macy’s Scan and Pay payment system bypassed the traditional point of sale register-based tracking of sales and commissions mechanism, thereby affecting and reducing the earnings of commissioned sales employees. Also that Macy’s violated the collective bargaining agreements of all UFCW 1445 Macy’s employees by adopting a new in-store payment model that altered the parties’ practice with respect to accounting for and tracking, as well as earning commission credit for, in-store sales.

As part of the ruling, Macy’s is now required to provide a monetary remedy to demonstrate that the new app violated the parties’ collective bargaining agreements. Additionally, Macy’s must exclude all commissioned departments from the app, meaning that products purchased from those departments must be rung up by an employee at a register.

As retailers continue to implement new omnichannel forms of shopping, the case should be kept in mind as tech plans are being drawn out.

Inside Retail: State of the Industry Quarterly Report: A Deep Dive Into the Stories That Shaped Q4 2022

Q4 often shakes up the retail industry across sectors as consumers enter the period of holiday spending and gift purchasing. But, beyond the traditional holiday shopping season, what trends and news shaped the industry this past quarter?