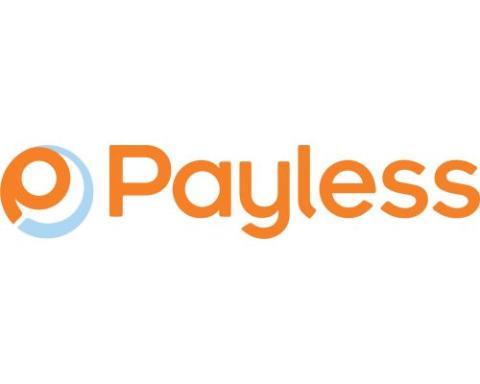 Last year the retailer launched a new e-commerce platform and ditched “Shoesource” from its 60-plus-year-old brand.

Payless has opened its first redesigned retail concept store in North America, kicking off plans to implement an omnichannel experience through an enhanced digital platform and new stores in the next three to five years.

The Miami, FL, store is its first brick-and-mortar shop since the footwear retailer filed for bankruptcy protection in 2019 and closed its 2,500 locations and e-commerce operations in North America.

The news of the Miami store was first announced last August, when the company said it planned to open 300-500 freestanding stores in North America over the next five years, beginning with this prototype.

The 4,000-square-foot concept shop features roughly 10,000 footwear, apparel and accessories at any given time. Aimed at providing consumers with an immersive, omnichannel retail experience, Payless is integrating the traditional shopping model with high-tech touchpoints throughout the in-store experience to meet the needs and wants of today's consumers. The launch of the new concept store merges advanced digital components and fresh design elements to pave the way for a new era of the Payless brand following the summer 2020 North America relaunch.

Within the store, Payless features interactive touchscreen wall panels, as well as sleek color palettes, modern neon lighting, and signage. The store also boasts augmented reality (AR) capabilities, available in both English and Spanish, via its partner Zappar. A first-of-its-kind AR foot measurement chart and floor decal, comprising 16 individual 3D animated characters and 16 2D animal footprints, along with a subsequent multiple-choice quiz and photo feature with save function, brings in the brick-and-click connection for consumers.

"The traditional brick-and-mortar storefront isn't going anywhere, but recent times have demanded the need for a new 360-degree immersive retail experience," said Jared Margolis, CEO of Payless. "Our plan has always been to make a comeback for our U.S. consumers with brand new smart and strategic retail locations that are also in line with our omnichannel strategy. We have maintained a strong retail presence having 700 stores throughout Latin/Central America, Caribbean, Southeast Asia, Middle East and India, and now with the opening of our Miami store, we're excited to continue to embrace the diverse communities here within the States and provide the best in value and style to customers both in-store and online."

The Payless Miami location at 850 NE 125th Street is set in the heart of North Miami, which is also home to the brand's new headquarters.

The exterior of the new concept store will spotlight a new community mural by Amaranta Martinez, better known as Superama. Superama is a local, award-winning artist who specializes in bringing impactful ideas to life. She was commissioned to create a Payless mural highlighting Miami's vibrant community and the combination of cultures that makes it a beautiful, positive place to live.

"What I love about Miami is the different kinds of people you encounter every day," said Superama. "The variety of backgrounds, ethnicities, cultures and languages makes this a very exciting place to be, which I reflected in Payless' new store mural. It is an honor for me to be part of this beautiful project, and I'm overjoyed that Payless embraced my community and sought to create an inclusive and inviting shopping hub for the area."

To kick off the Payless grand opening, the brand and the Miami Chamber of Commerce will hold an official grand opening and ribbon cutting event on Monday, March 8  at 10 a.m.

Founded in 1956 in Topeka, KS, Payless spans 30 countries with over 700 stores in Latin America, Africa, the Middle East, Asia and the Caribbean.