The point of sale has a new struggle: COVID-19.

Last month, the Federal Reserve said the COVID-19 pandemic has "significantly disrupted the supply chain and normal circulation patterns for U.S. coin” and noted that coin deposits have declined significantly from depository institutions to the Federal Reserve, while the U.S. Mint’s coin production decreased due to measures put in place to protect its employees.

Retailers both big and small are beginning to react.

Kroger, Walmart, and Wawa are among several larger retailers responding to the shortage by asking for exact change, electronic payment, or by stopping the return of change altogether. 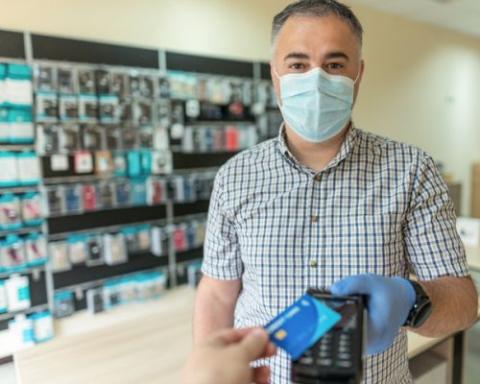 Kroger said this week it will stop giving customers coin change, according to reports. The supermarket retailer is now asking shoppers to use exact change or go cashless. If they choose not to do either, Kroger is collecting donations for the Zero Hunger | Zero Waste Foundation by allowing customers to round up their order total to the next dollar. Alternatively cashiers will load the coin value due back through their loyalty card and customers can redeem the amount on their next transaction.

“We know this is an inconvenience for our customers and we appreciate their patience,” Kroger said in a statement.

Mega retailer Walmart is still accepting cash, however some self-checkout registers have been converted to card-only registers on an as-needed basis, ABC reports. Walmart said their stores were among the other retailers being impacted by the coin shortage and they are asking people to consider paying with credit or debit cards when possible.

"Like most retailers, we’re experiencing the affects of the nation-wide coin shortage," Avani Dudhia, spokesperson for Walmart, told ABC. "We’re asking customers to pay with card or use correct change when possible if they need to pay with cash."

On top of the coin shortage, COVID-19 has put cash under the microscope.

“It’s clear that the ‘new normal’ for businesses of all sizes is defined in part by a shift in consumer preference for e-commerce and contactless payments, which can help limit consumer exposure and promote social distancing during the pandemic,” said Jodie Kelley, CEO, of Electronic Transactions Association (ETA).

Electronic payments have become more commonplace in recent years, with the coronavirus pandemic shining an even brighter spotlight on the tech.

An overwhelming majority of people are connected, with 95% of survey respondents having connected devices and 85% having apps on their phones that can make payments, daVinci Payments found in national study conducted May 29-30, 2020.

“This supports the spike in online shopping and mobile payments driven by COVID-19 and is occurring across all ages,” daVinci Payments CEO, David Josephs said. “Traditional payment methods like credit, debit and prepaid cards are as popular as ever, but swiping physical cards themselves is giving way to new form factors like mobile wallets, apps and contactless payments.”

However, as retailers both big and small begin to discourage cash and coin payments, resurging talk of a cashless society brings its own issues.

Critics of retailers going cashless have noted that the move discriminates against unbanked shoppers, many of whom are primarily low-income shoppers who do not have a smartphone and/or access to credit lines or bank accounts. An estimated 6.5% of households in the U.S. were unbanked in 2017, according to the FDIC.

While COVID-19 may be fueling a move to cashless society, for now the Federal Reserve said it’s “working on several fronts to mitigate the effects of low coin inventories,” including managing the allocation of existing Fed inventories, working with the Mint to minimize coin supply constraints and maximize coin production capacity, and encouraging depository institutions to order only the coin they need to meet near‐term customer demand.

“Although the Federal Reserve is confident that the coin inventory issues will resolve once the economy opens more broadly and the coin supply chain returns to normal circulation patterns, we recognize that these measures alone will not be enough to resolve near‐term issues,” it concluded.