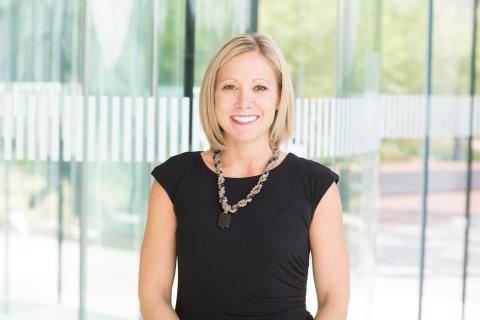 “Promoting from within is a key component of our ‘People First’ culture,” said Sarsam. “Amy has brought invaluable expertise and leadership to SpartanNash, and this role is a natural progression in her career path. We look forward to implementing her creative, data-driven strategies for enhancing our retail branding, expanding our e-commerce business, and growing our total market share among primary and secondary shoppers.”

McClellan joined SpartanNash in 2019 when the retailer acquired Martin’s Super Markets. Her passion for the grocery industry was sparked in high school when she was hired as a part-time cashier. During her 20 years with Martin’s, McClellan held various roles with increasing responsibility, including communications specialist, market research supervisor, loyalty and marketing programs manager, director of marketing, vice president of sales and marketing, and SVP of retail operations and merchandising.

McClellan played a critical role in the SpartanNash acquisition of Martin’s, leading to her appointment as division vice president, retail for SpartanNash. In March 2021, McClellan was promoted to VP, fresh merchandising, overseeing the fresh product categories across 145 company-owned stores and 2,100 independent retail customers.

She serves on the SpartanNash Foundation Board of Trustees, the Greater South Bend (Ind.) Regional Chamber of Commerce Board of Directors, and the Ohio-based Buehler’s Fresh Foods Board of Directors. McClellan is a two-time Top Women in Grocery Honoree (2018, 2020) and was recognized in 2019 as a “NextGen” 40 under 40 award winner by Progressive Grocer.

McClellan earned her undergraduate degree in business marketing and advertising as well as her Master of Business Administration from Indiana University. In addition, she completed an executive certification program in strategic marketing management at the University of Chicago.